Apparently the LA Times thought I was a reporter (source):

The campaign to recall Gov. Gray Davis dissolved into street theater Tuesday, with dueling news conferences before a dozen television cameras outside a state office building in downtown Los Angeles.

Opponents of the recall unveiled a lawsuit seeking to slow or stop an election, arguing that the actions of paid petition circulators violated state law and threatened “the legitimacy and integrity of our electoral system.”

But [Monica] Getz, spokeswoman for Issa’s campaign for governor, dismissed the suit as “a pathetic joke” and a desperate effort to deny Californians a chance to vote on whether Davis should keep his job. “They know that Gray Davis’ time is up,” she said.

While lashing out at anti-recall forces, Getz was confronted by a reporter who claimed Getz had signed in as an employee of Los Angeles television station KCBS, to observe the anti-recall press conference.

Getz would not discuss the matter, saying, “I don’t know what you’re talking about. What’s that have to do with anything?”

Later, however, she was suspended from her job “at least until sometime next week,” according to Issa’s gubernatorial campaign manager, Scott Taylor.

He said that, while Getz claimed she had signed in as “Jane Lopez” from KCBS because she feared the anti-recall forces, he could not condone her behavior. 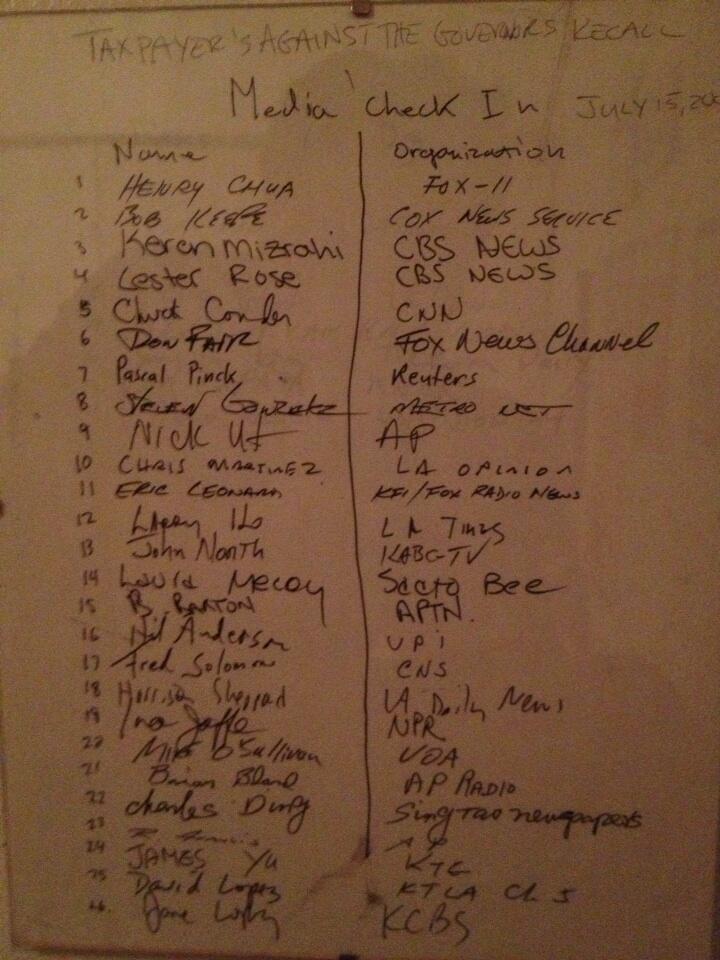