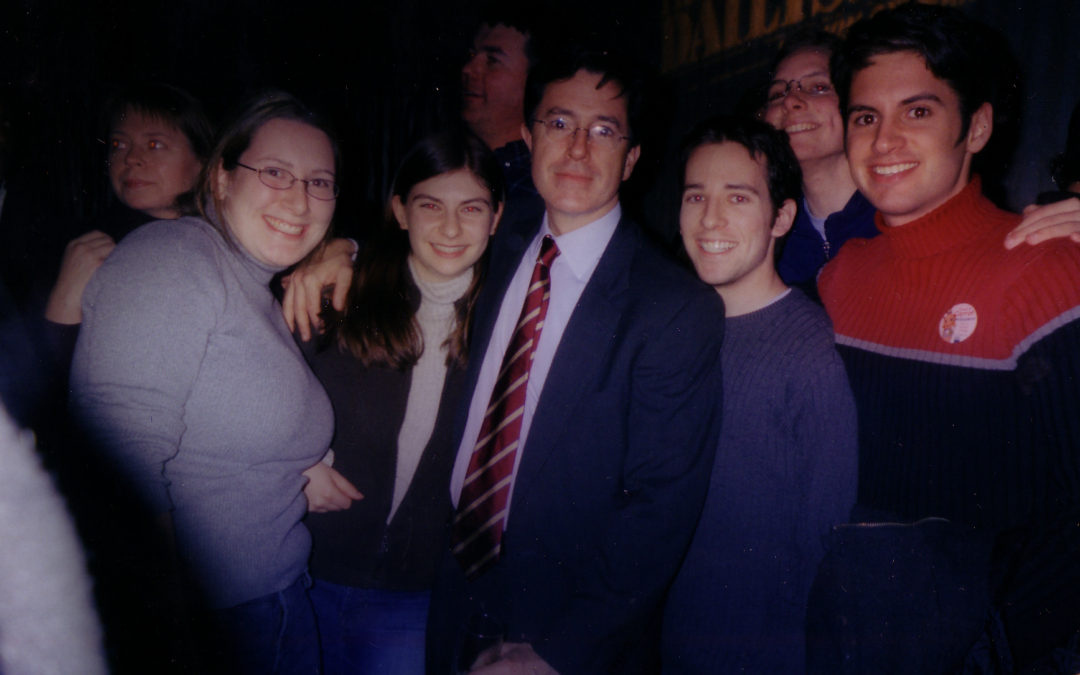 After a long, overnight ride up the Atlantic Coast, a full busload of us arrived in Manchester on the Friday morning before GOTV Weekend. The UDems we brought all went to work for the candidates that they supported. The Exec Board went from campaign to campaign to see how our members were doing and to take care of emergencies, should they arise. We had a great weekend, but one story in particular bears telling.

We went to a “Cup o’ Joe with Joe Lieberman,” a town hall type event (which didn’t actually offer any coffee). Once the Q&A session arrived, a woman hurled this first question at Lieberman: “I saw on TV that you know about Al Quada before 9/11. How did you know about them? What are your ties to them?” Lieberman explained that Al Quada had been around for a long time and that he was on the Senate Intelligence Committee after the 1993 WTC bombing, etc. She kept pressing him until the audience started to audibly grumble, and she abruptly left.

While all this was going on, one of Lieberman’s staffers mistook Allen K for someone in Lieberman’s extended family and asked him to ask Lieberman a question to change the subject. Allen K threw Lieberman a softball by asking how his tax plan varied from the other Dems’ plans.

After the event, Joe was ushered off, but we met Hadassah Lieberman, Joe’s wife. While we were meeting with her, the staffer realized his mix-up and told us all about it.

Later that night, we went to the Holiday Inn, where there was rumored to be a Daily Show party. While wandering around the hotel, we saw Chris Matthews from MSNBC’s Hardball, who didn’t seem keen on meeting anybody. Soon after, as we left to look for food, we turned our heads at a passer by and said to each other, “Was that Carol Moseley-Braun?” After she talked with Chris Matthews, she talked to us. She was really nice. It’s too bad she dropped out of the race. We got a picture and went looking for the Daily Show party again.

We found the entrance to the party, but it was ticket-only. I was looking for ways to sneak in, but all of the doors were guarded, so we decided to leave. As we were about to walk out of the hotel, Joe and Hadassah Lieberman were walking in. The campaign staffers recognized us immediately and said, “Hey, you’re the one that saved us from that nutty woman!” We talked and got a picture with Joe and Hadassah. As Lieberman started walking toward the party entrance, we all kind of looked at ourselves with the realization that we just found our ticket past the security guards. So we pretended to be part of his entourage for 45 seconds. Some pictures from the party: 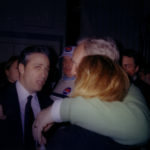 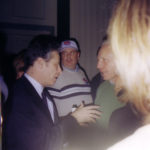 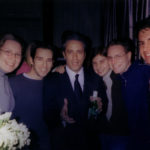 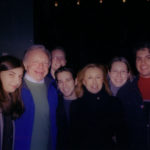 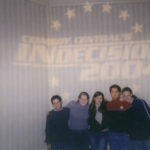 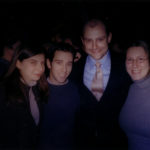 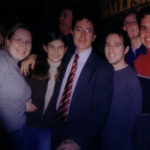 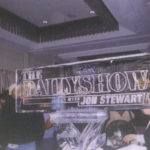 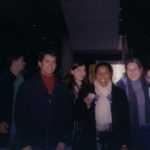 Jon Stewart was clearly not happy to be there. He grumbled to himself, “I’ve gotta get out of here.”  We got a picture with him, however unwilling he was to be taking them. We also met Stephen Colbert and Rob Corrdry, who were being funny and nice enough to talk to some lame college kids. As we were leaving, a security guard accused us of sneaking in through a side door. We said we didn’t, which was the truth. We came in with Senator Lieberman.