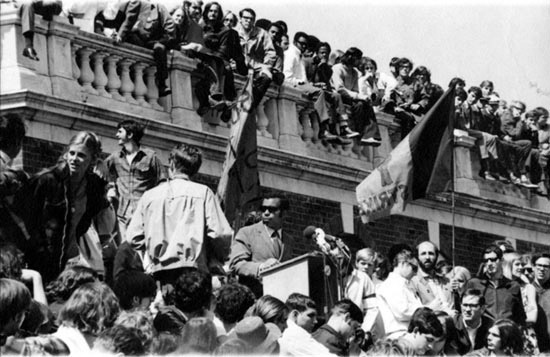 Nobody thinks of UVA as a radical university, historically or today. But, in the days following the Kent State Massacre of 1970, UVA took a break from its generally blase attitude.

In the late 60s students here and elsewhere protested the Vietnam War, of course. When Nixon ordered troops into Cambodia, it sparked mass protests in the days that followed, one of which was at Kent State. At one of the demonstrations there, four students were shot and killed by the National Guard. This caused some universities to call for nationwide shutdowns in protest of the invasion. UVA was urged to follow suit. 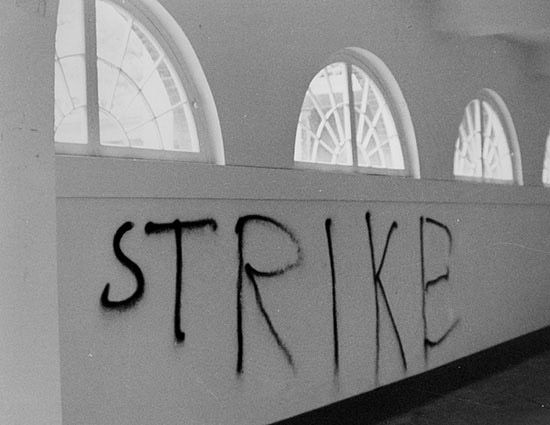 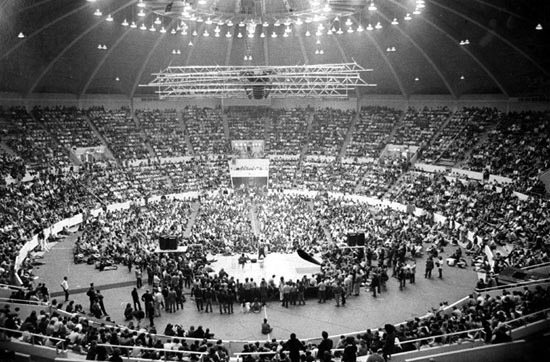 This fired up the students, 2,000 of whom then marched to Maury Hall, the building that housed the ROTC program (now used by Army ROTC). Students burned a mattress and defaced the building: 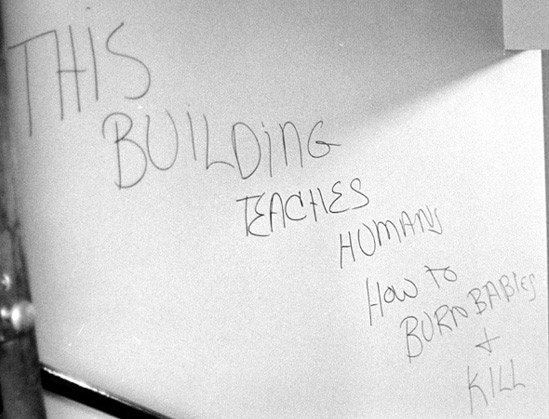 After authorities got the crowd to disperse, it marched to Carr’s Hill, home of then UVA President Edgar Shannon. The crowd taunted the President and his family, shouting, “Strike!” Shannon eventually came out to address the crowd, which eventually left. During these tense times students would report to Lawn Room 50 East (where, not surprisingly, M! Bruce currently lives): 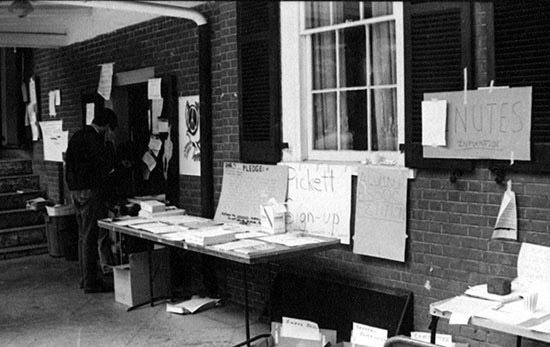 In the two days following the invasion of Maury Hall and the march on Carr’s Hill there were more more demonstrations: 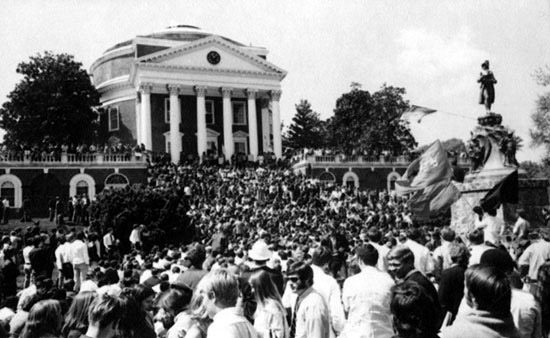 At one of the protests during those two days 68 students were arrested, though released due to Shannon’s work behind-the-scenes. Soon after, Shannon delivered his most famous speech to thousands of students, where he actually sided with them, saying: 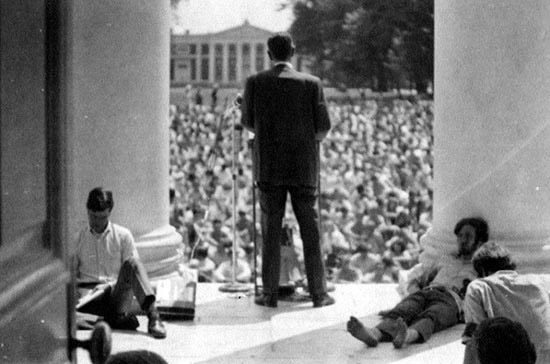 No other enterprise has cruelly reduced the capacity of our nation to improve the quality of life and in many areas to even sustain it, than this war.

Shannon nearly lost his job over the ordeal, but he quelled the very real potential for violence to break out at UVA. 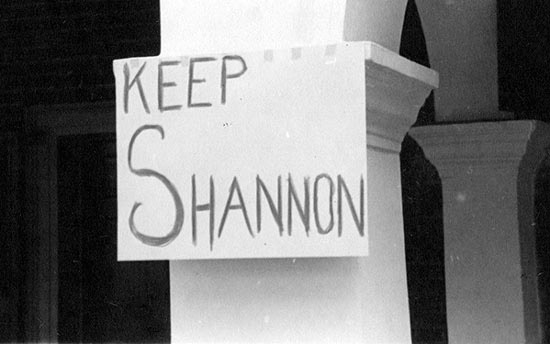